We tested a solution to reduce the reactive current consumption of photovoltaic power plants for 3 months on one site.

A few reminders:
When a power plant is connected to a power greater than 36 KVA, ENEDIS imposes not to consume more reactive current than it is produced. In case the reagent consumption exceeds the reagent production, ENEDIS charges the KVArh at about 2 c. ENEDIS does not explain that some power plants consume reagent and others do not.

The test :
On a site with 4 identical power plants of 140 kWh each connected with a meter, we have implemented on one of the power plants a compensation device that we market.
After 3 months of operation, the reagent current consumed was zero on the power plant equipped with the device, whereas on the other three power plants the consumption was about the same as the previous year.
Few operators of solar power plants monitor reagent consumption. Over a full year, the cost of this consumption can be significant (around €700 per plant on the test site). 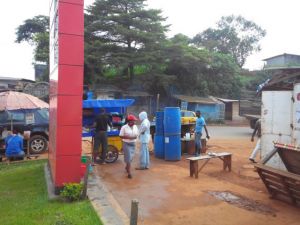 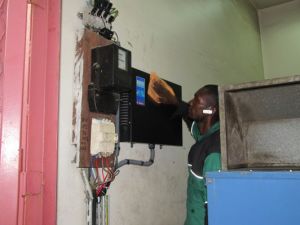 The need of our African customer was to protect the electronic cards of the petrol pumps for two petrol stations, the cards being very sensitive to the quality of the local electricity network. The LKV boxes provided this protection and also allowed an average reduction of 8% in electricity consumption.

FLICKER EFFECT REMOVAL (Equipment used LKH20 M) :
Fluctuations in the voltage of the power supply network cause a FLICKER effect on all connected light sources. These variations are mainly caused by fluctuations in the reactive power on the network. The installation of an LKH (single-phase) cabinet has eliminated the flicker and increased the service life of the light sources.